These hour-long free events can be joined on Zoom and will be streamed live every 2nd and 4th Thursday, January - May on KV Footmad’s Facebook Page facebook.com/KVFOOTMAD ​

For those not on social media, register for a Zoom link for virtual concerts here: https://forms.gle/51TMwH9rQvyqdv8s6
Frequently Asked Questions 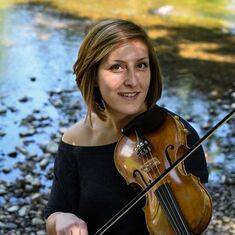 Join us on Facebook Live for a Virtual House Concert with fiddler, vocalist and storyteller Dakota Karper!

Dakota Karper was born and raised in rural West Virginia where she grew up surrounded by Old-Time Appalachian String Band music. From a young age she took to this music with great abandon. Absorbing as much as possible, she apprenticed under fiddler Joe Herrmann, spent weeks at Augusta Heritage Center, and various music festivals in and around West Virginia as well as studying classical violin at the Shenandoah Arts Academy in Winchester, VA. After living in Baltimore, MD for 7 years, Dakota moved back to her roots in Capon Bridge, WV where she is now teaching Appalachian fiddle , as well as performing in the the surrounding areas. Dakota was a founding member of the 'Short Mountain String Band', and "Hay Fever". In 2019 Dakota opened her own traditional roots music school called 'The Cat and The Fiddle'. Whether performing, teaching, or jamming, Dakota is always looking for a way to share her passion for mountain music. 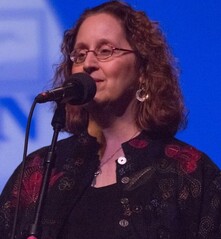 Julie Adams, Mountain Stage’s vocalist for decades, is joined by her husband, guitar player Josh Barrett (Blues De Jour, Contrarians), for an hour of her favorite songs and some originals.

​Known well in West Virginia and the region for her stints with Stark Raven in which she performed with fiddler and fellow “Fabulous Twister Sister,” Deni Bonet, and world-wide for her work on Mountain Stage with the Mountain Stage Band, she has been a mainstay at Taylor Books in Charleston for many years. Her rich distinctive voice and choice of songs that span folk, alt-country, swing, and originals make her a perfect tonic for anyone who is feeling the pandemic blues.

Hunter Walker is one of the younger generation of musicians dedicated to playing and teaching traditional mountain music. He’s a native of Beckley, West Virginia, and is a frequent and in-demand instructor at workshops around the country. Hunter has learned from many traditional players, most especially his uncle Dave Haas. He has performed at prestigious venues such as Theatre West Virginia, the Vandalia Gathering, and Mountain Stage.

Hunter has made one solo recording, Down Yonder.
oldtime-central.com/hunter-walker-interview-and-tunes/ 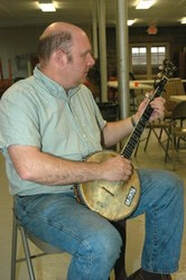 Although no one in Pete's immediate family was a musician, growing up in West Virginia exposed Pete to traditional music at an early age.  He became fascinated with old songs and ballads, set out to learn as many of them as he could, and eventually began to write his own songs using the traditional music as a template.

Pete's songs are a part of this living tradition. An award-winning singer-songwriter and storyteller, his voice has been described as "crushed velvet, with accents of dusty burlap."
​
Pete Kosky — The Last Public Hanging in West Virginia 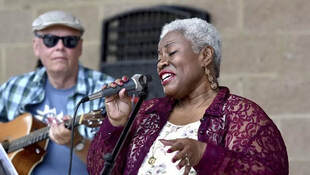 Doris Fields, an R&B, soul, and blues musician and songwriter, also known as Lady D and “West Virginia’s First Lady of Soul,” is the daughter of a coal miner. Music has been in her blood since she was a young girl, growing up in Cabin Creek, West Virginia.

​“I've always wanted to be a singer. Of course, I started out singing in church like just about everybody else, but R&B was always what I loved growing up.”

As part of her exploration of blues music, Fields wrote a one-woman play about Bessie Smith. Smith was the most popular female blues singer of the 1920s and 1930s, earning her the nickname the "Empress of the Blues," also the title of the play.

Lady D’s musical career has taken her far and wide and won her many awards, including an invitation to perform at one of Barack Obama’s 2009 Inaugural Balls along with her band, Mi$$ion. Her powerful voice will get you out your pandemic stupor and on your feet dancing! 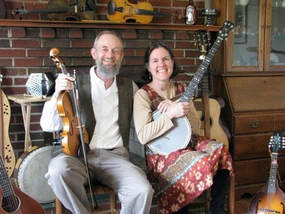 The McKenzies, a multi-instrumental duo
2021 MAR 25 [Thursday] - 7 pm
​
Woody and Marcia McKenzie have been playing music together since they were married in 1983. Woody’s greatest love is the fiddle, but he is accomplished on guitar, tenor banjo, and concertina. Marcia plays mandolin, guitar, clawhammer banjo, and over the years has added rhythm piano, bodhran, concertina, and various whistles. With this instrumental range, they offer a blend of contemporary and original folk, traditional music of southern Appalachia and the British Isles, and even some swing and jazz standards. The McKenzies have performed for audiences in Virginia, West Virginia, Kentucky, Pennsylvania, New York, Arizona, Florida, Wyoming, and even Denmark.

Woody and Marcia's set, they write, will be "mostly original and quite varied." Originals such as "Beans and Cornbread" and "Goin' to the Woods" reflect Woody's experiences growing up in WV. "A couple of swingy songs" were written by their son Keenan. They've put new lyrics on old melodies with songs about global warming and Artificial Intelligence. They'll have songs that reflect on living through the pandemic and "a couple of covers of choice folk songs that we think are worth doing." It's going to be a great set--hope you can join us. 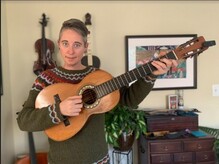 Rachel Eddy is a native of West Virginia who grew up in a musical family steeped in the traditions of Appalachian music and dance. Now based in Washington, D.C., they are known throughout the world as both a dynamic, emotionally powerful performer and an engaging, thoughtful teacher. Rachel’s soulful singing and multi-instrumental finesse—including fiddle, banjo, guitar, and mandolin—may be heard on numerous solo and collaborative recordings as well as at dances and jam sessions, where Rachel is dedicated to fostering community and sharing a love of music with others.

For more information about Rachel : racheleddymusic.com 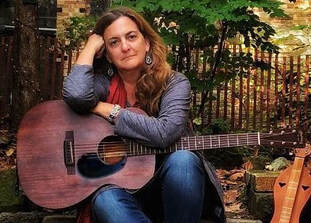 Raised in a musical family, Jeanie Thieken Creamer has spent her lifetime exploring the music of Appalachia. A multi-instrumentalist, she plays guitar, upright bass, mountain dulcimer, and mandolin but is best known for her stirring voice and vocal versatility. For more than 15 years, she was the front member of the band Home Remedy, and now heads up the Athens, Ohio-based Jeanie and the Dreamers, a traditional dance and concert trio. Jeanie is now branching out as a solo performer, songwriter, and accompanist, exploring new musical roads for herself and fellow musicians. As one wrote: “She can carry an audience through the entire range of human emotion and lead them safely, happily, out the other side. Her endlessly inventive singing never fails to delight, no matter which instrument she happens to pick up." 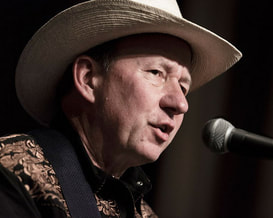 ​John Lilly is a multi-faceted performer and songwriter who has made West Virginia for decades. An award-winning songwriter, John is also recognized as an accomplished vocalist and song stylist. He will be joined on fiddle and vocals by his daughter, Georgia, and accompany himself on acoustic guitar, playing original songs that sound as old as the hills and old songs like they were made yesterday. According to one reviewer, "If Hank Williams had a sunny disposition, he'd be John Lilly." (Durham, NC, Independent).

John has worn many hats, including the cowboy hats he often wears when performing, but he also worked many years as publicist for Augusta Heritage Workshops in Elkins, WV and retired recently as editor of Goldenseal Magazine, WV’s journal of history and traditional life.

A regular with his band, Blue Yonder, at the Bluegrass Kitchen in Charleston and at Taylor Books before the pandemic, you won’t want to miss this opportunity to hear some of his new material and old favorites in an intimate “virtual house concert.”

If you don't use Facebook or if you prefer Zoom, you can register in advance for the concerts here:
​forms.gle/51TMwH9rQvyqdv8s6​
Frequently Asked Questions
Updated: 2021-03-20